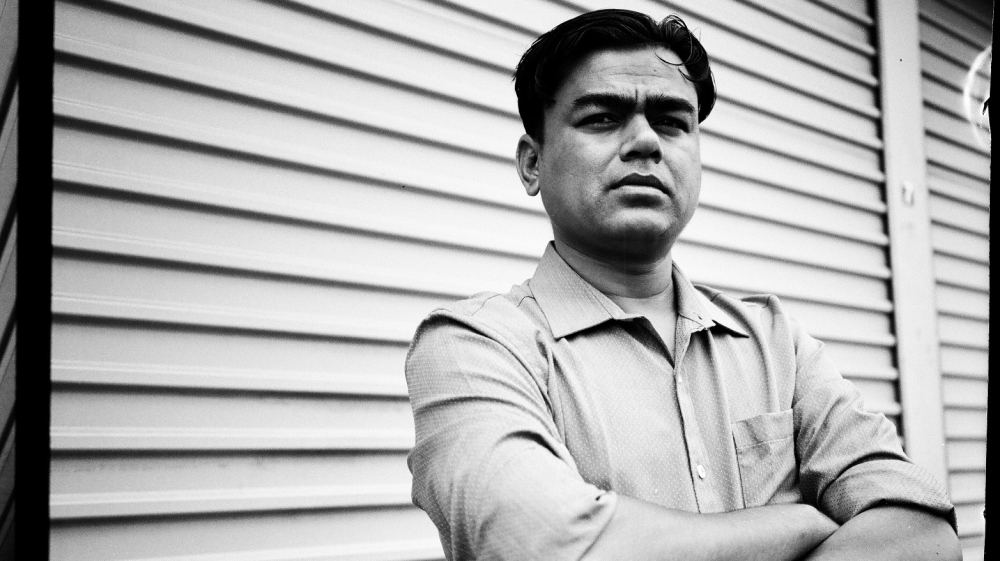 New Rohingya book tells of the 'slow burn of genocide'

Melbourne, Australia - As is often the case in history, genocide is a slow-burning wick.

The publication of Habiburahman's (also known as Habib) book is timely, with the Rohingya case currently before the International Court of Justice (ICJ), where the once-hero of democracy Aung San Suu Kyi is being questioned following allegations of genocide committed by Myanmar's government.

Habib told Al Jazeera that he wrote the book to record Rohingya history, and show that the persecution has been going on much longer than the events of 2017.

'This crisis has been [going on a] long time and never been recorded. I wanted to record it so future generations of Rohingya will know where their [roots are],' he said.

He also said that he wrote the book for younger people in Myanmar to better understand the situation of Rohingya people - in particular, that they are not illegal Bengali migrants, as is the official government line.

Rohingya refugees gather in the camps of Bangladesh chanting 'Gambia, Gambia' as the country takes its case accusing Myanmar of genocide to the International Court of Justice.

'We have more than 60 years' military rule so second and third generations have been largely brainwashed - they don't even know the Rohingya exist. So they are copying the same narrative of this government saying the Rohingya are not from Burma.'

Habib said there has been much physical existence of Rohingya 'erased from the ground', including ancients mosques and ancestral homelands, often destroyed to make way for Buddhist temples.

But more than simply an historical record, First, They Erased Our Name is the first personal account published by a Rohingya person about daily life inside the Myanmar regime.

Habib describes his childhood in Rakhine and Chin states, where the casual schoolyard taunting of his darker skin colour and thick eyebrows by students of other ethnicities is an everyday occurrence.

Yet this persecution takes on more sinister and brutal forms as a young man, including social exclusion, arbitrary arrests, the theft of ancestral land and the constant threat of torture.

It makes for haunting reading, with passages such as: 'I am 15 years old and wonder if I'll ever reach adulthood or if I'll be murdered first. So many young Rohingya men are disappearing. I try not to think about it.'

While the apartheid conditions in South Africa were widely known and internationally condemned, it is both incredible and outrageous that the persecution of Rohingya people had continued for so long and remained so well hidden until now.

'Such a damning commentary on the contemporary world.' On @FinancialXpress, @ashubh reviews First, They Erased Our Name by Habiburahman with @Sophieansel. https://t.co/ZxxHj3Nsww

As detailed in Habib's book, such persecution included not only extortion, arrests and torture from local authorities, but systemic military operations against Rohingya populations as far back as 1978.

Such operations were given flowery Buddhist names, such as Operation Pyi Thaya, meaning Clean and Beautiful Nation, which caused the mass movement of 260,000 Rohingya into Bangladesh in 1991 and 1992.

'Most of the news and reports they are just talking about 2017,' says Habib. 'That's why I want to cover what happened since 1978.'

Eventually, the persecution became too much for Habib to bear, and despite an impending love relationship with Nway Nway, a girl from another ethnic group, Habib decided to flee in 2000.

Life as a stateless person

Habib said that, while he knew nothing about the countries he would flee to, he figured that 'no country will treat me as badly as in Burma,' referring to the former name of Myanmar.

But this was far from the case.

He would become a stateless person in Thailand, Malaysia and eventually Australia, living life on the run, and at one point, even being interned in a refugee detention centre by the Australian authorities.

Today, he lives in Melbourne but as a refugee, has limited rights and freedoms, including the freedom to travel.

As such, he was forced to look on when, in 2017, events unfolded in the media of the largest attack against Rohingya people yet.

Habib's family had already fled to Bangladesh in the months leading up to August 2017, as they were aware that a large attack was imminent.

Even so, he said he was 'shocked and surprised' at the scale of the attacks and the huge number of Rohingya who fled across the border.

He said that it was difficult being in Australia, and watching this all unfold, as it was for the small Rohingya community living here.

This week, the ICJ will see Aung San Suu Kyi defend her country against charges of genocide from the events of 2017.

Habib said the Rohingya community previously held much hope in Aung San Suu Kyi, but this faded after she won the election. It is now Habib's view that she represents only the majority Buddhist population, and in his words, has 'nothing to do with minorities'.

He said he hopes that the current investigation will recognise that genocide was committed and will provide some 'justice for Rohingya'.

'The Burmese government - the rulers - historically they are the one who persecuted so they will not protect Rohingya. The international community have to interfere for the restoration of the right of Rohingya.'

And what of the young love that he could have pursued with Nway Nway?

'Maybe she could understand my situation at the time [of leaving] or maybe not. It is very hard to explain what happened to me at the time.'

'I would have liked [to have had a] better life … to love and have a family. But it did not happen, and actually, I regret it.'