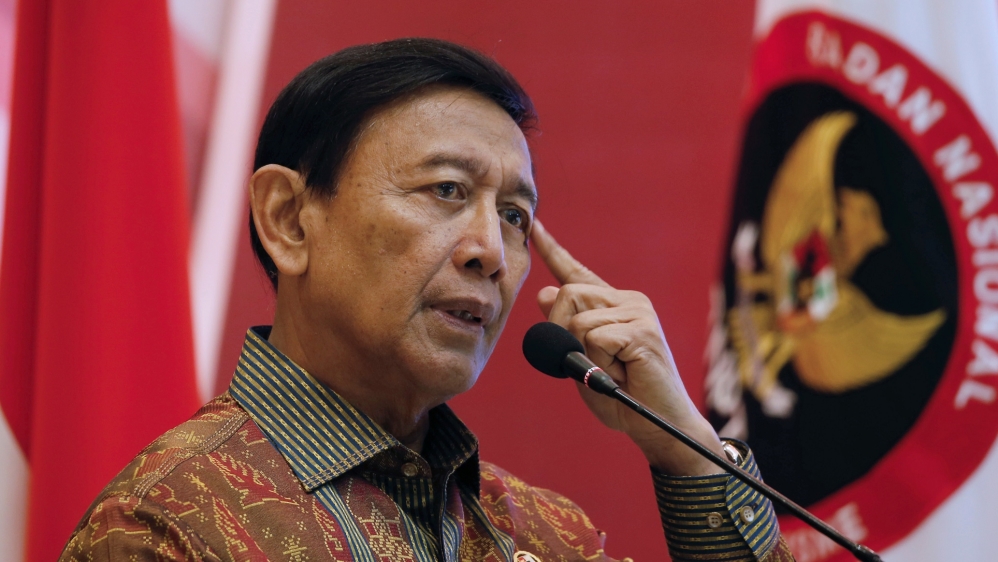 A man wielding a knife attacked Indonesia's chief security minister Wiranto on Thursday, during a visit to the town of Pandeglang in Banten province on the island of Java, images from police and television showed.

Indonesian national police spokesman Dedi Prasetyo confirmed the incident and told media the perpetrator had been arrested and an officer had been hurt.

The minister has been taken to hospital, media said.

No further details were immediately available.

Video clips posted on social media showed the minister was alighting from an SUV, when a man wearing a black shirt sneaked in and stabbed him.

Another video clip showed Wiranto stumbling to the ground following the attack, as his security personnel scrambled to restrain the attacker.

Several people quickly loaded the injured minister back to the vehicle, as the other people continue to subdue the assailant.

In recent months, Wiranto has been designated by President Joko Widodo as the person in-charge with the handling of the unrest in the country's West Papua region.

President Widodo had appointed the former military chief as the top security minister in 2016.

General Wiranto had been previously accused of committing atrocities during Indonesia's occupation of East Timor.

He was in charge of the military when the Indonesian army and paramilitaries carried out deadly assaults after East Timor sought independence from Indonesia in 1999.

About 100,000 people are estimated to have been killed, mainly by Indonesian forces and their proxies, or died of starvation and illness during the occupation.

Wiranto was among other senior officers indicted by UN prosecutors over human rights abuses during the 24-year occupation period.

Despite evidence gathered proving his role in the killings of 1999, Wiranto denies any wrongdoing and has never faced court over the atrocities.