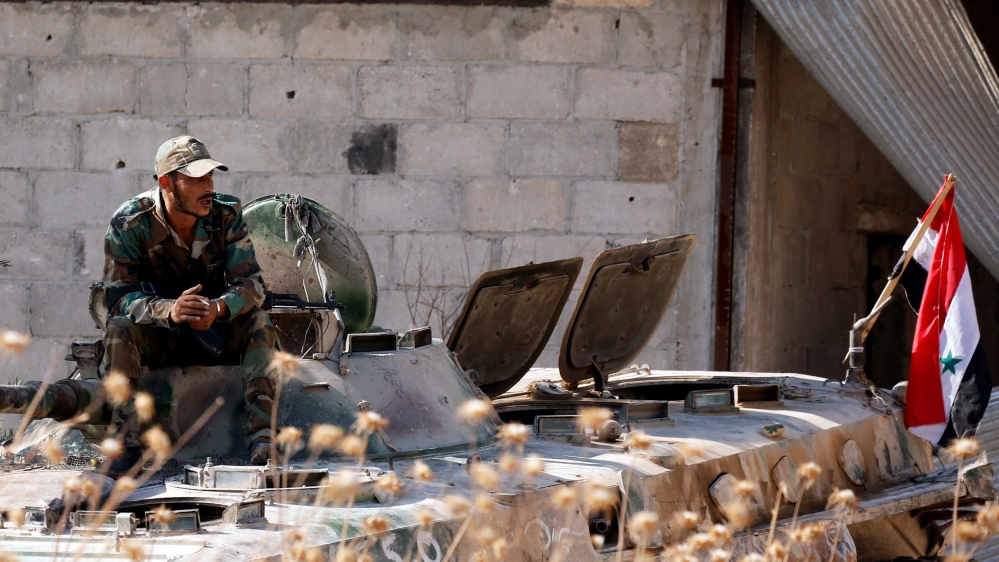 Syrian forces carried out repeated air raids in Saraqib in Idlib on March 9, damaging Al-Hayat women's and children's hospital despite being aware of its coordinates, the report said.

In Idlib on May 14, 'pro-government forces air-dropped between two and four missiles on a fish market and primary school for girls in Jisr al-Shughour', killing at least eight civilians, it said.

'Such attacks may amount to the war crime of deliberately attacking protected objects and intentionally attacking medical personnel,' the UN report said.

The Syrian army denies it targets civilians and says its forces only bomb fighters associated with 'terrorists'.

Idlib, which borders Turkey, is the final rebel stronghold in the country.

In late April, Syrian forces, backed by Russia since 2015, began an offensive in the region in an attempt to capture the strategic area, which lies on a key highway connecting the capital, Damascus, with the northern city of Aleppo.

The report, released Wednesday, also looked into other violations and documented how civilians continue to bear the brunt of the bloody eight-year war.

The @UNCoISyria launched our 18th mandate report to the @UN_HRC today, which documents how escalated violence and subsequent waves of mass displacement continue to torment #Syria-n civilians after eight year of conflict. #HRC42
link: https://t.co/BrQ59j9QMl pic.twitter.com/JpfQMwr54O

'Civilians continue to be unlawfully detained or kidnapped and often tortured for expressing political dissent,' the report said.

'In government-controlled areas, civilians, including recent returnees, have been arbitrarily arrested and detained, harassed, mistreated and tortured.'

The UN also laid blame on the US-led coalition that has been battling Islamic State of Iraq and the Levant (ISIL or ISIS) in the country.

It said coalition air raids in Syria have killed and wounded many civilians, highlighting that precautions were ignored and war crimes may have been committed.

Backed by US-led coalition air power in a fight to remove ISIL, the Syrian Democratic Forces, which include Kurdish fighters, retook the group's last major stronghold of Hajin in eastern Syria in late December.

The coalition's Al-Jazeera Storm operation resulted in a high number of civilian casualties, including in a series of attacks on January 3 in Sha'fah, south of Hajin, that killed 16 civilians including 12 children, the UN report said.

'Launching indiscriminate attacks that result in death or injury to civilians amounts to a war crime in cases in which such attacks are conducted recklessly,' it said.

Coalition officials could not be reached immediately for comment.

The report covered events up until July and is based on nearly 300 interviews and analysis of satellite imagery, photographs and video.

The Syrian civil war, now in its ninth year, has claimed hundreds of thousands of lives and forced 13 million people from their homes.