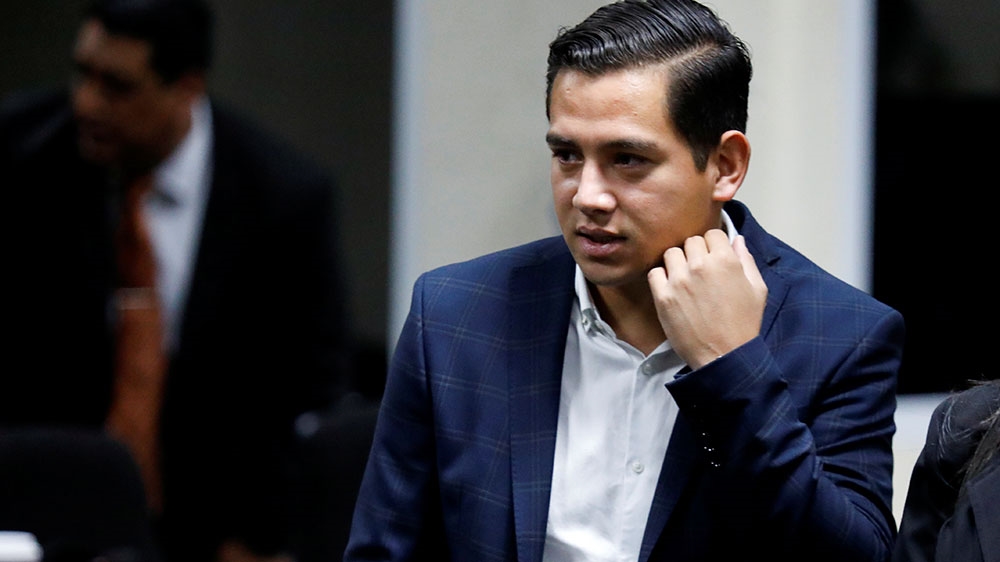 A Guatemalan court on Monday acquitted a son and brother of outgoing President Jimmy Morales, after a corruption case that battered his popularity and sparked the leader's feud with a United Nations-backed anti-corruption commission.

In January 2017, the attorney general's office and the International Commission against Impunity in Guatemala (CICIG) accused the men of defrauding the land registry of $12,000 in 2013, using false invoices, before Morales was elected.

The case centred on invoices submitted by the mother of Jose Manuel's then-girlfriend after she agreed to supply Christmas hampers to officials at the registry.

The woman sent the registry a bill made out in the name of a local restaurant for 564 breakfasts, not Christmas hampers, but witnesses said the breakfasts were never delivered.

Sammy Morales, who had faced up to 11 years in prison, said he helped obtain the invoice from the restaurant as a favour to his nephew, but denied it was fraudulent. Jose Manuel had faced a jail term of up to eight years over the scandal.

The investigation soured the commission's relations with the president, and later in 2017, the CICIG tried to impeach Jimmy Morales, 50, himself for alleged campaign finance irregularities.

Unlike his imprisoned predecessor, Otto Perez, who was brought down by a separate CICIG corruption investigation in 2015, the president survived a vote in Congress to strip him of immunity.

Morales, whose term in office will end in January, went on to accuse the CICIG of abuse of power, and promised to expel the commission from the country. Morales succeeded in controversially terminating the CICIG's mandate, which will end in September.